"You found a map to the Bionic Wonderland. Sounds fun!"

Bionic Wonderland is a unique map found in maps of level 125 and higher. Completing it awards the player with a pet Robotrimp.

The player needs a minimum of over 2.54Dd combined health and block to complete it. That number is the minimum attack of the worst possible scenario on this map - a Snimp encountered on cell 99.

The player should aim for combined health and block of somewhere between that and the maximum attack of that imp (3.81Dd).

The cell 100 boss - Robotrimp, doesn't attack first, therefore its attack doesn't matter, as killing it is only a matter of time.

The difficulty, loot, size and resource modifiers do not change with higher tiers of Bionic Wonderland. The only thing that changes is the level. The next tier of Bionic Wonderland will always be 15 levels higher than the previous one. Starting at 125, it will go: 125, 140, 155, etc.

There is no tier limit. Bionic Wonderland is infinite.

Below is a table of minimum and maximum HP+BLK required to complete selected tiers of Bionic Wonderland. 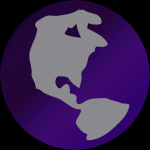